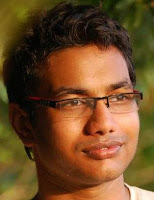 “Whenever I see the streets of Kolkata…I wonder where the people from Indus valley civilization have vanished” - by a polymath I look up to.

Well this scenario might not be of Kolkata alone; several cities will unfortunately and helplessly give it company. What significance does the Indus Valley Civilization, a civilization of c.2500 BC hold in the 21st century? Is it something for the historians to analyze or for us to gape with mouths open during our standard 8th to 10th curricula of History? Well by the end of this passage we might be able to form an opinion for ourselves.

The famous historians as well as people writing about ancient history of India have debated mostly on the cause of decline of the magnanimous “Indus Valley civilization (IVC)”. Well there are more important artifacts and monuments found while excavation which have the potential to put the modern planning to shame. But the question arises why did we excavate in the first place?

The growing administrative responsibilities of the English East India Company , especially after 1765 when Mughals granted it the right to collect revenues and administer civil justice in Bengal, made it necessary for its officers to gain familiarity with the laws, habits, customs and history of the Indian people.[1] But the discovery of IVC was more accidental than planned. In 1856, General Alexander Cunningham, later director general of the archaeological survey of northern India, visited Harappa where the British engineers John and William Brunton were laying the East Indian Railway Company line connecting the cities of Karachi and Lahore. They were told of an ancient ruined city near the lines, called Brahminabad.

Visiting the city, he found it full of hard well-burnt bricks, and, "convinced that there was a grand quarry for the ballast I wanted", the city of Brahminabad was reduced to ballast. Half a century later, in 1912, that more Harappan seals were discovered by J. Fleet, prompting an excavation campaign under Sir John Hubert Marshall in 1921–22 and resulting in the discovery of the civilization at Harappa by Sir John Marshall, Rai Bahadur Daya Ram Sahni and Madho Sarup Vats, and at Mohenjo-daro by Rakhal Das Banerjee, E. J. H. MacKay, and Sir John Marshall. [2]

So what was actually discovered which led historians to conclude that it was a flourishing urban civilization according to current definition standards. Some authors have gone on to prove extra-terrestrial influence and possession of atomic weapons, though these claims were not proved conclusively but could not be cast aside outright. [3] But there were conclusive signs of an urban civilization which were agreed by all. The millions of tons of wheat rotting because India ran out of warehouse space to hold another bumper crop illustrate a core problem of the nation’s food crisis: India can grow plenty of food but cannot store or transport it well enough to nourish its 1.2 billion people. Warehouses are overflowing and huge quantities of wheat and rice are stored in fields under tarpaulins and thin plastic sheets, risking decay. [4] The above is a problem in an urban civilization where majority don’t do cultivation and food grains need to be stored, but grains did not rot in the IVC, although they did not have plastic sheets to cover them, nor did they have railways to transport them, so what did they have ?

The “great granary” is among the well-known buildings at Harappa and consisted of a series of brick platforms on which stood two rows of six granaries. As a structure it is particularly impressive, running 45.71 m long, 22.86 m wide and 4.6 m high. This gave the granary an astounding 4780 cubic meters of space. The granary was divided into 27 compartments in three rows. The granary was well ventilated and it was possible to fill grain in from outside. All this for an estimated population of 40000 per city which is nothing compared to the scenario of today.[5]

India might boast of having the second largest road network in the world but barely 50% are paved roads. According to the definition of the classes of Highways, Standard Double Lane (SDL) : Surfaced roads having clear carriageway width between 7.0 M and below 10.5 M. And now what percent of our roads are highways, barely one percent. And going back to the IVC what do we find. The main streets, some more than 9 m wide and laid out on a grid plan. They were quite straight and intersected each other at right angles, thus dividing the city into rectangular blocks. All this when there were bullock carts to travel; thinking of the present scenario will make them construct highways next to our houses!!![6]

We have dustbins in our house but what percentage of India has it, well I would put that figure to less than 2%. It should not surprise us because 54% of India defecates in the open and 30% of the rural households have latrines, of which 64% have drainage. And these are official figures.[7] We must have sensed the stench coming out of open drains and culverts, probably our ancestors did not like it as much as we do. The streets and buildings of Harappa were provided with drains made of burnt bricks. The houses were equipped with rubbish-bins and attached bathrooms and occasionally with a privy on the ground or upper floor. The bathrooms were connected by drains with sewers under the main streets. The drains were either covered with bricks or stone slabs. It definitely makes us think.

In this age of interior designing and hiring architects for building our houses we still have faults, sometimes we open our window to the polluted smog, the roadside garbage, possibility of people peeping in. but we will be surprised to know that the people followed a very simple practice of no windows facing the street. Those were proper brick houses having rooms.

We talk of standards of trade and goods, several international agreements have been signed. So where did this practice begin? Again we need to refer to the harppan people who began the system of seals and sealing for maintaining quality and standards. The art and craft were beautiful and constructed with basic tools know then like the chisels, knives etc.

They started with concept of public baths having proper changing rooms which we even lack in all places in today’s era.

Their script hasn’t till date been deciphered. We never know what secrets it might contain.

The cities were built on a raised platform possibly to prevent enemy attack and protect from flood. And we still grapple with daily problems of flooding in one or the other part of India. The Khetri mines of Rajasthan used for extracting copper during those times is still one of the largest contributors of the metal in India. The large number of ports in Gujarat bears testimony to the Lothal dockyard of the IVC. Knowing all this makes a think for a moment that the ET (extra terrestrial) theory might not have been entirely false.

All said and done, coming back to my question- what is the significance of IVC in 21st century? The purpose of historical inquiry is not simply to present facts but to search for an interpretation of the past. Historians attempt to find patterns and establish meaning through the rigorous study of documents and artifacts left by people of other times and other places. Instead of spending so much on promotion of schemes like PMSNY(Pradhan Mantri Sadak Nirman Yojana), TSC(Total Sanitation Campaign), and clean India missions, if we are able to arouse in the people the passion to revive the past of the ancestors of
the human race not bound by religion, caste, creed or faith, but united by commonness of origin.

This can be realized if we could make the people a partner in the projects, not by employing them through MNREGA (Mahatma Gandhi National Rural Employment Guarantee Act), but by making them voluntary partners in the project. If the surplus could be redistributed instead of letting it rot in the open and asking people to come up with gram level or zilla level storage facilities for protection against drought in their own zilla and grams and if need be to neighboring grams at a premium paid by the government. If we could arouse nationalist passions in the people against the rule of the British then it won’t be difficult in arousing their spirits for their own development, for their own upliftment, for gaining inspiration for bringing in a sense of communal harmony and oneness. The great granaries and the wide paved streets of Harappa serve as a role model for the rural and urban areas to aim towards development and the government accelerate the process by merely acting as a facilitator. The long due problems of sanitation could be tackled by making them aware of the glorious past where people had a proper drainage system and used bathrooms. May our glorious past pave the road towards a cleaner, healthier and enriching future.

Below is a pictorial comparison of the current situation when compared with IVC:

Indian Policy
Ours is an initiative to put forth constructive policy options. The core group of authors are neophytes, no doubt, they are no abecedarians however. We seek submissions in order to bolster the Indian Policy.